Late June I was asked to take a few pictures of a performance in Gare du Midi Brussels.

I also went to the rehearsal at Studio Béjart as an excuse to see some dancing, as I find it a very beautiful and fascinating art.

During the rehearsal I could see Eyas is a passionate dancer and also a great teacher willing to share his passion and knowledge.

I love passionate people, their happiness performing their art is always very contagious. That is the best way to make people understand why you love so much your art. They can feel it and I think feeling is stronger than words.

On a more sensitive side, this performance was an alarm call on what is happening in Syria. People are fleeing their country to find a safer place in Europe.

People are usually unaware of the consequences of such a crisis, family torn apart, people pushed back at the European borders….

The performance was well received by passersby in the train station. Many of them stopped to watch the show, they also asked questions and signed the petition European Council for Refugees members and volunteers were handling.

Below a few words from the artist to describe the poignant performance:

The waves were aggressive and high, and the children were screaming, and I was singing for them warmly... we will build from our bodies a bridge over the sea, so that our souls will pass over it, and so that the souls and the bodies of other will pass through it also… 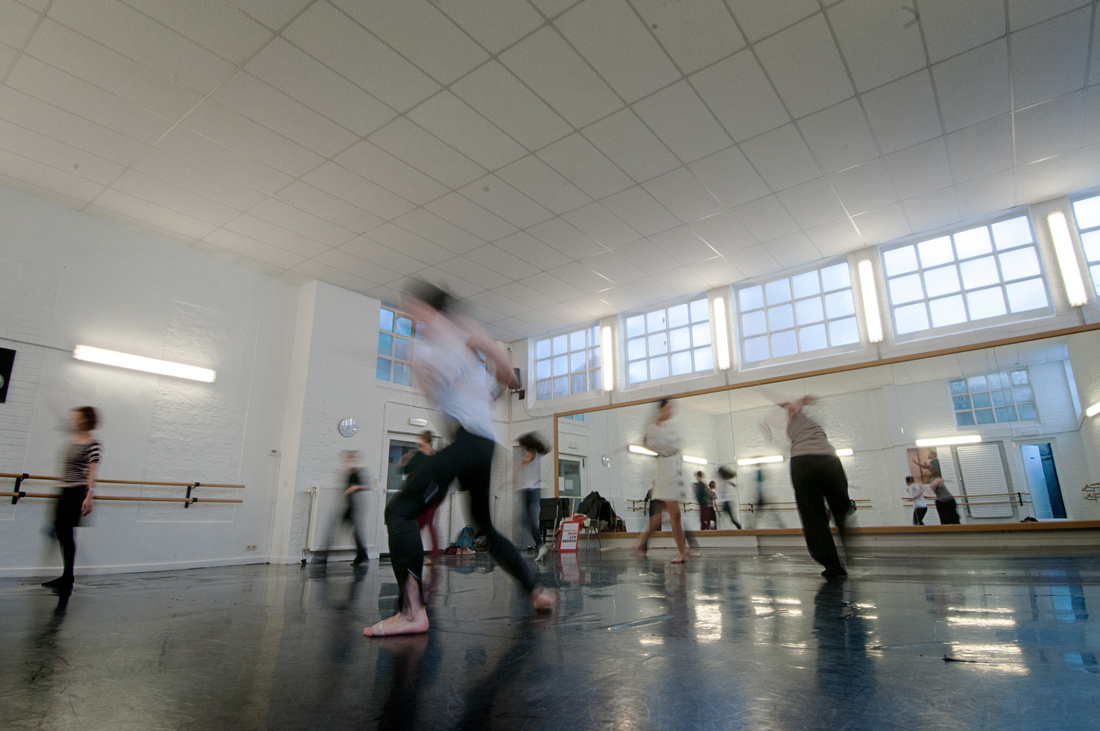 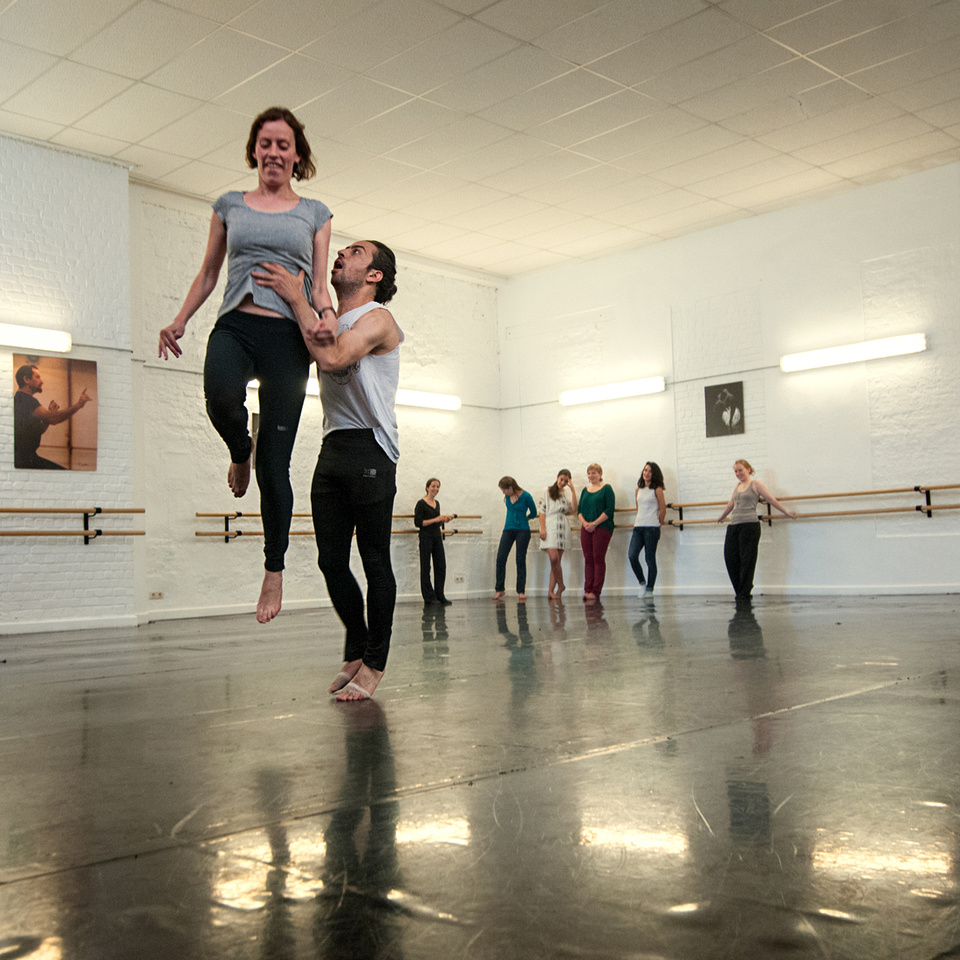 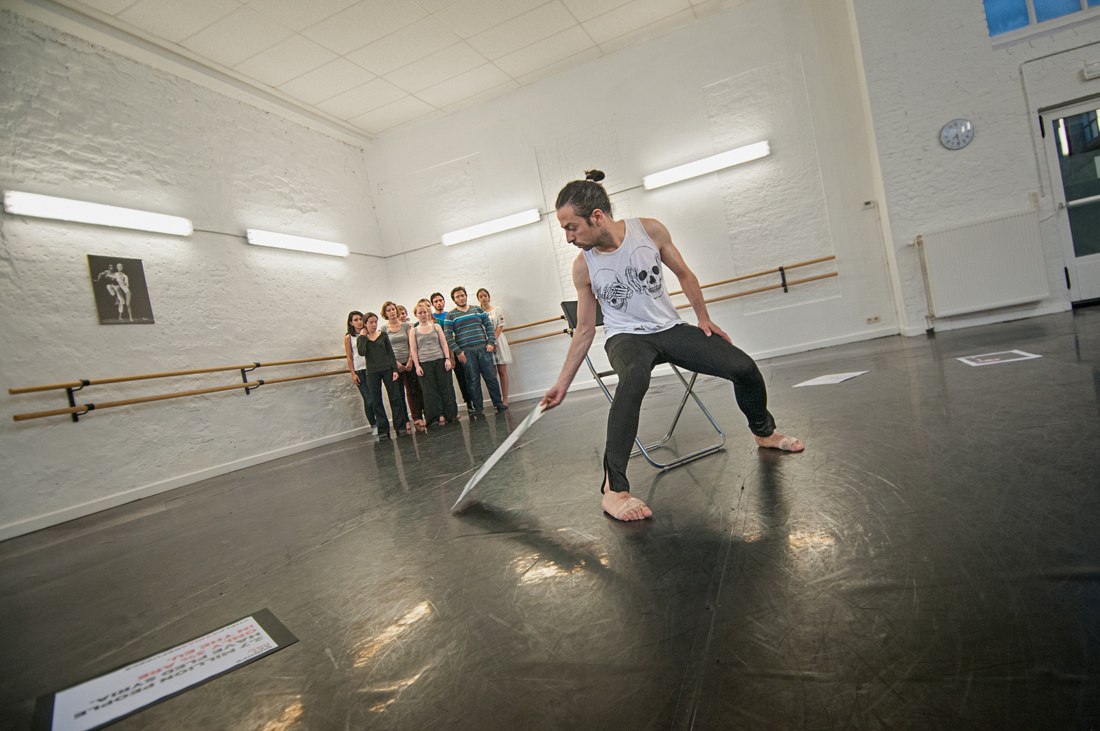 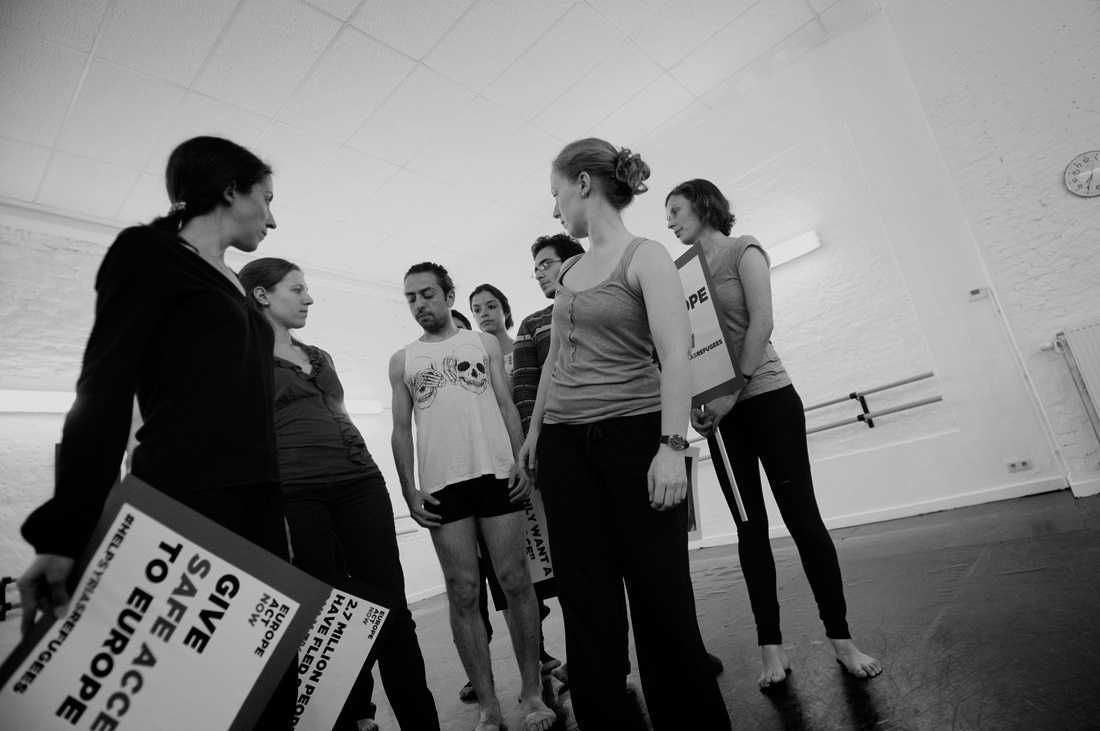 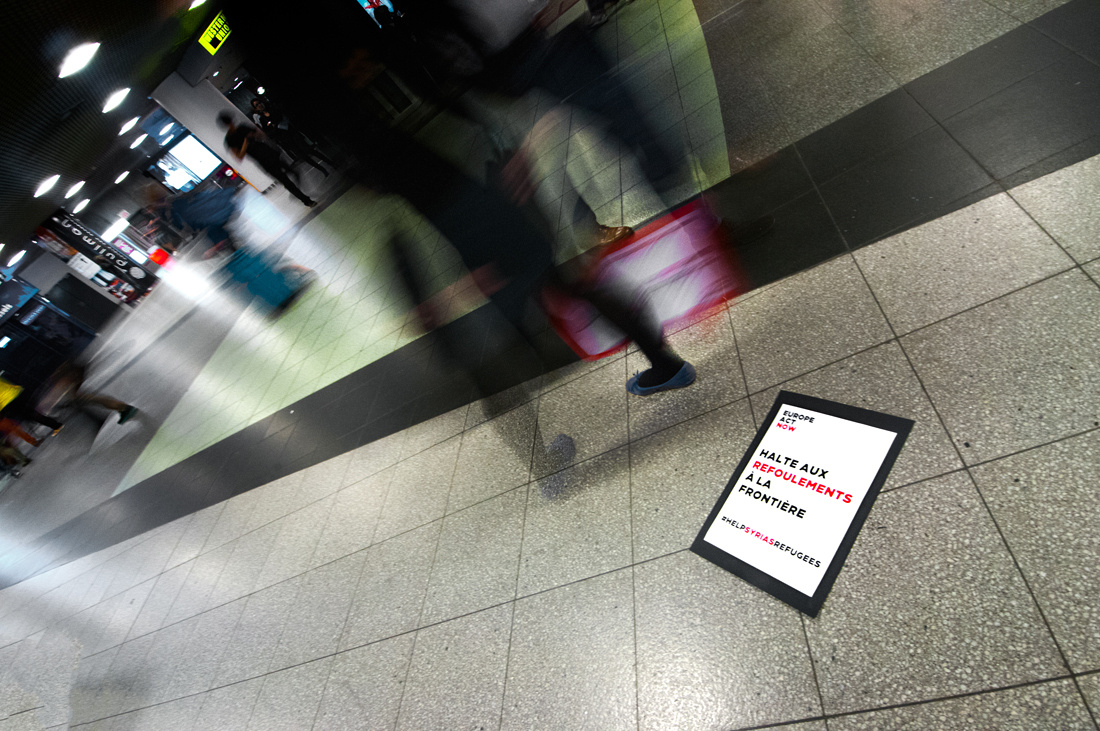 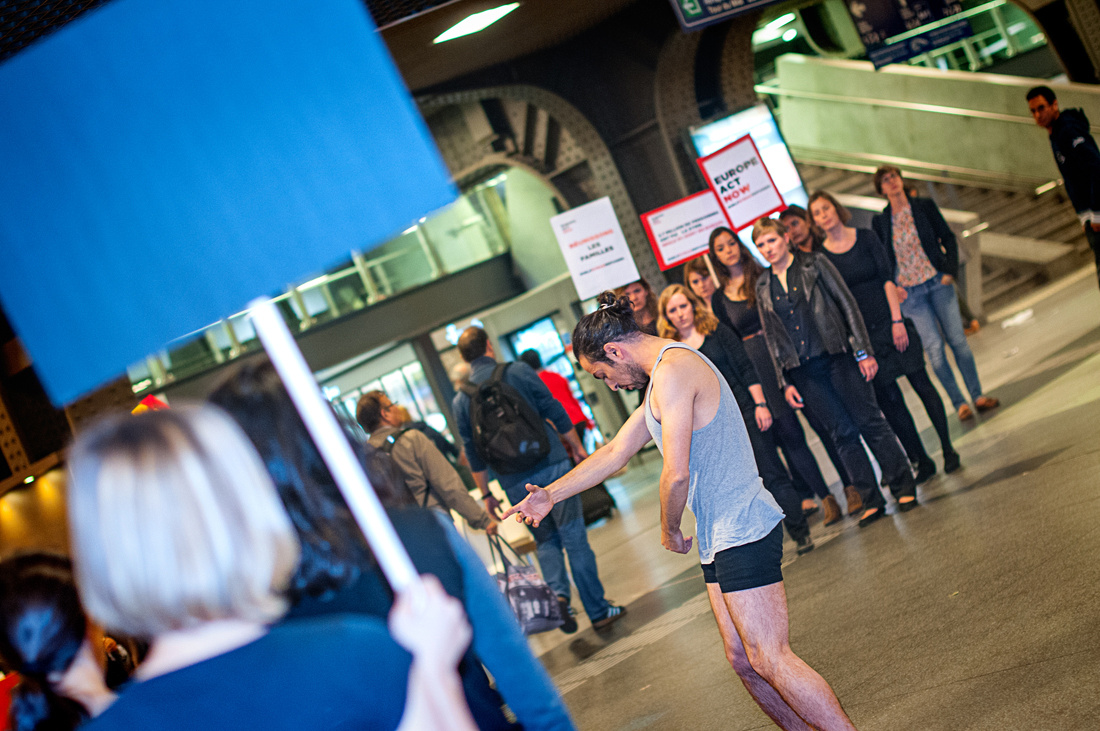 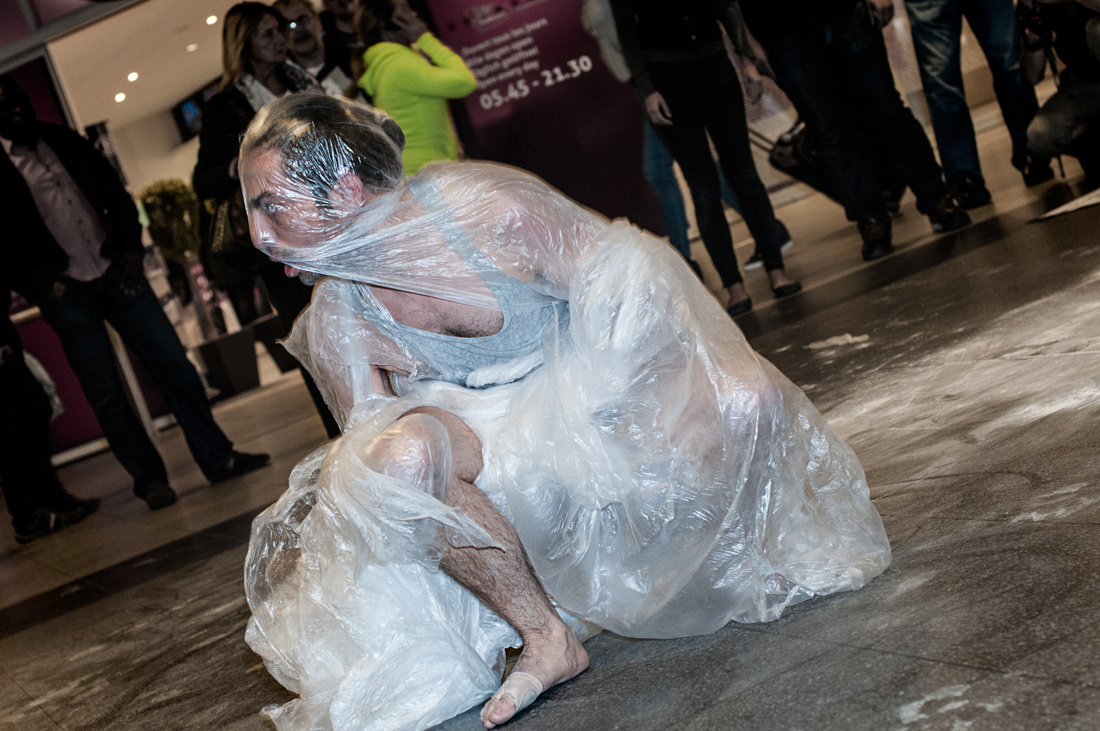 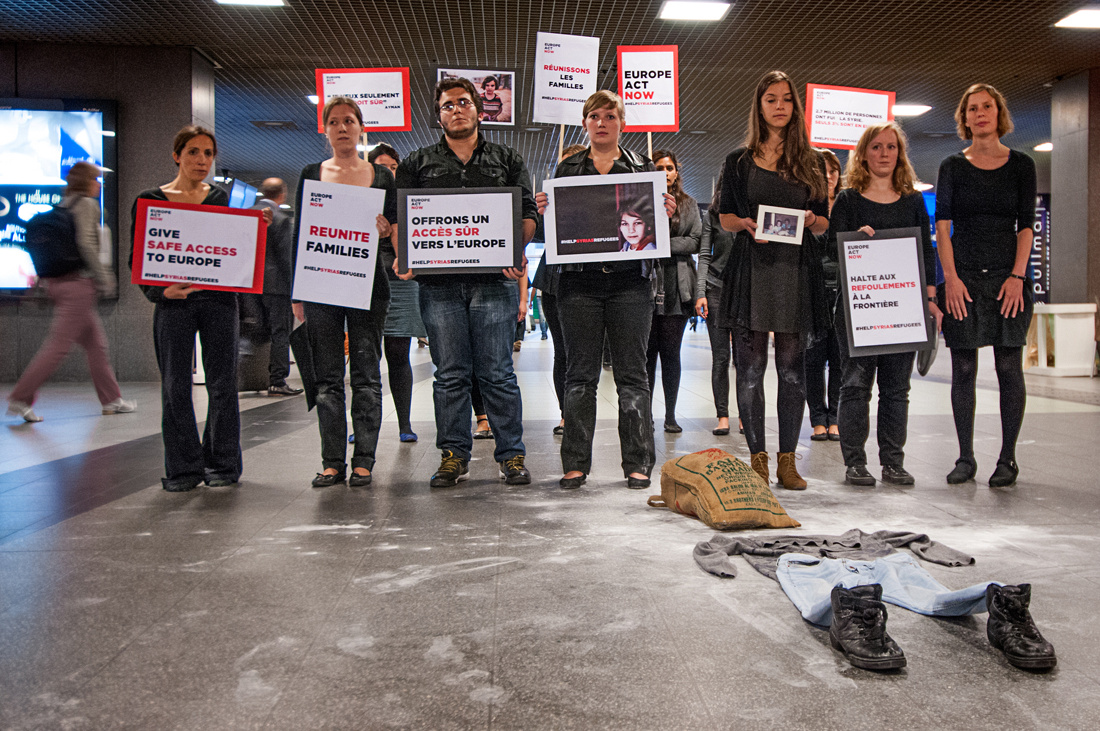 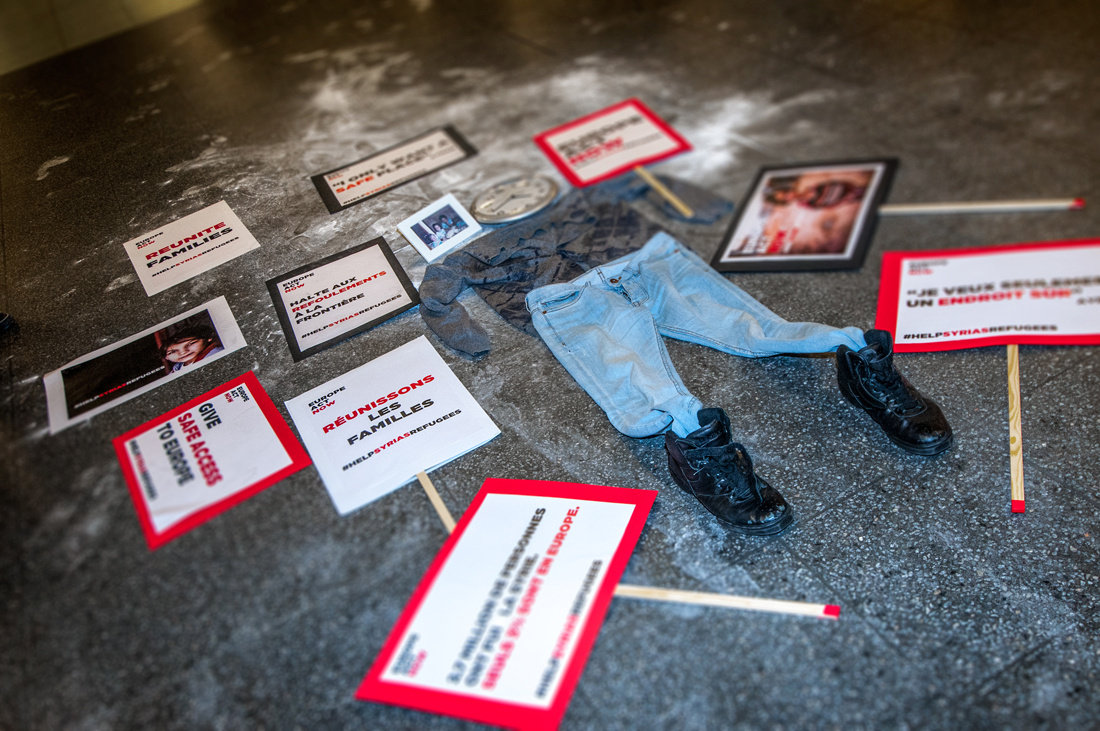 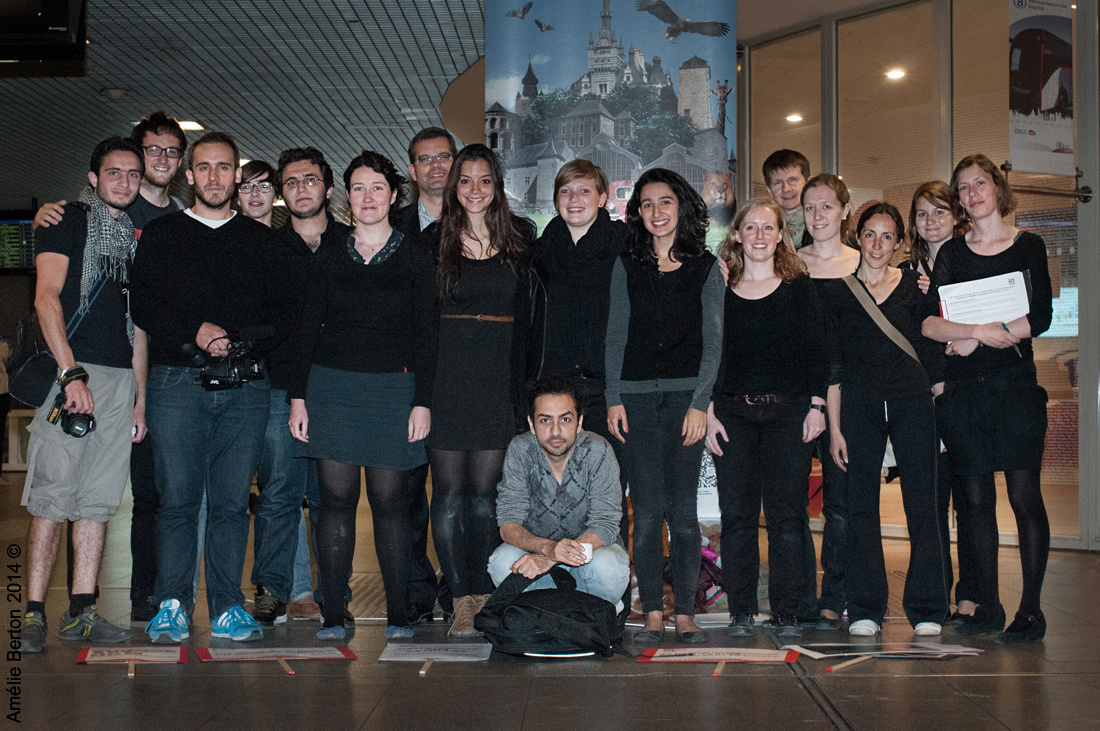